School dress codes have been a hotly contested topic for a generation. The National Center for Education Statistics states that during the 2009-2010 school year, 19 percent of American public schools required uniforms, while 57 percent enforced strict dress codes. Yet the data on whether the advantages outweigh the disadvantages remains mixed.

One of the strongest arguments in favor of school dress codes is that they promote safer schools. An often-pointed-to statistic claims that the Long Beach, California, school district saw a 50-percent reduction in both fights and muggings and a staggering 74-percent decrease in sexual offenses one year after the district implemented a uniform policy. Other schools also claim decreases in violent behaviors following the adoption of strict dress codes or uniforms. However, some experts are hesitant to credit dress codes or uniforms for the results. In a 2011 article on Education.com, the American Civil Liberties Union's Loren Siegel points out that Long Beach's uniform policy was adopted in tandem with a number of new safety policies including increased hallway supervision. It is difficult to determine which parts of a comprehensive safety policy actually do the most good.

Another common argument in favor of strict dress codes states that the policies promote order in the schools. Clothes are less distracting, helping students concentrate on their studies. In addition, dress codes prepare students for the workplace, according to educator Dr. Larry Wilder in an article for the Fresno Pacific University School of Education. In the same article, however, educator Dr. Scott Key points out that today's workforce is more diverse than ever before. While factories and traditional offices might enforce dress-code policies, the explosive growth of the tech sector, telecommuting and home-based businesses allow increasing numbers of adults to wear whatever they please.

A major argument put forth by opponents of school dress codes is that they discourage freedom of expression. The American Civil Liberties Union, or ACLU, points out that during the Vietnam War protests, students went all the way to the Supreme Court to fight for their right to wear black armbands in school. The Supreme Court decided that case in the students' favor, declaring that students "do not shed their constitutional rights at the schoolhouse gate." Dr. Key points out that strict dress codes teach rigid thinking and blind adherence to authoritarian rules, the exact opposite of the dynamic thinking and adaptability desired by modern employers.

According to the Public School Review, a common concern among parents is the cost of school clothing. Some school dress codes allow enough different clothing options that most students can choose to wear items they like. Uniforms and clothing that conforms to highly restrictive dress codes, however, might be useless outside of school hours, forcing parents to pay for two separate wardrobes. 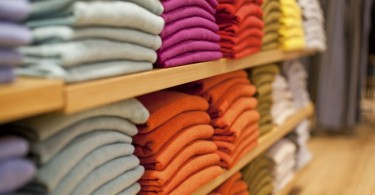 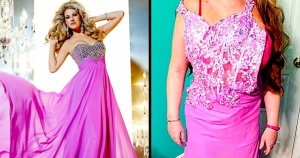