Alcohol gets a bad rap, but some studies have shown that (when consumed in moderation) certain types of alcohol can have a positive impact on heart health and even help reduce the risk of type 2 diabetes. And infusing drinks with ingredients from your garden such as bark and herbs can increase immunity and help soothe everything from the sniffles to belly aches, says nutrition expert Rania Batayneh. 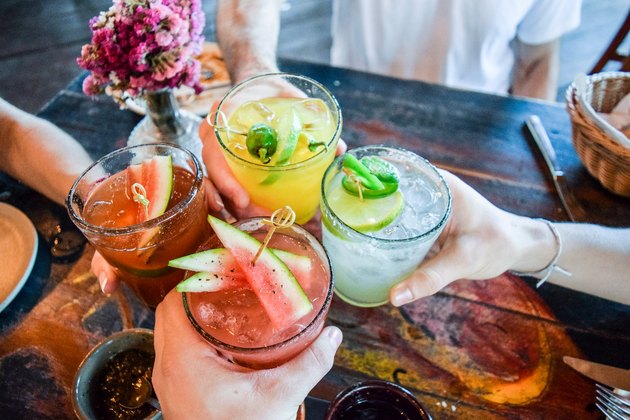 Alcohol gets a bad rap, but it doesn't have to be detrimental in moderation. (Image: CabecaDeMarmore/iStock/GettyImages)

So, go ahead and raise a glass to your health with these cocktails that contain healthy herbs, barks, fruits, spices and vegetables. Just remember that the key to truly reaping the health benefits of alcohol lies in moderate consumption. According to the Centers for Disease Control and Prevention, this means a maximum of one glass a day for women and two for men.

This saffron-colored spice is popular in Indian dishes — and for good reason! Research points to the potential health benefits of turmeric, specifically reduced inflammation, which can help manage conditions like osteoarthritis, high cholesterol, and potentially even Alzheimer's. With this recipe courtesy of Tito's Handmade Vodka, you have the option of adding black pepper, which helps with the absorption of turmeric for maximum health benefits! 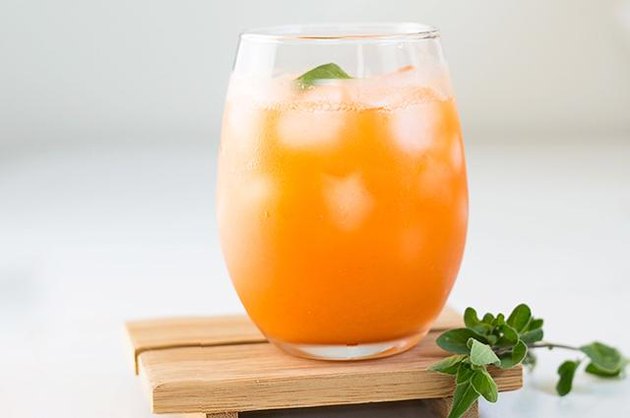 Juicing meets mixology in this oregano-infused, vegetable-based gin cocktail. The carrot juice in the cocktail is rich in vitamin A, a nutrient that boosts eye and skin health and helps keep the immune system functioning properly. And while the oregano is a small amount, it contains antioxidants that pack a powerful punch. The herb is also rich in fiber, vitamin K, and surprisingly, omega-3 fatty acids, says Batayneh.

Kale is not only ubiquitous in salads and baked into chips; it has now officially made into cocktails too. Kale is one of the richest sources of vitamin K around, packing a whopping 1,327 percent of your recommended daily value into a single cup. Vitamin K plays a key role in bone health and regulating inflammation.

Kale also contains glucosinolates, compounds that protect against cancer, boost heart health and help regulate detoxification processes. What's more, the pineapple juice contains a nutrient called bromelain, an enzyme that acts as an anti-inflammatory and aids digestion by helping to break down proteins. 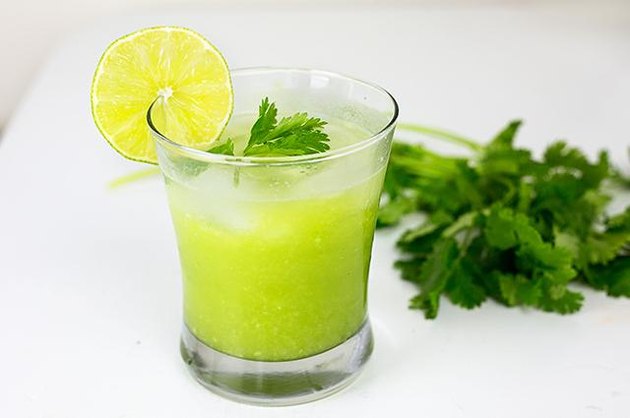 Just like with produce, organic alcohol is the way to go. (Image: Santy Gibson/Demand Media)

When it comes to booze, just like with produce, organic is the way to go if at all possible. Organic vodka doesn't contain any of the potentially dangerous byproducts — including salts and heavy metals from pesticides — that conventional vodkas might contain. The result: Fewer hellacious hangovers, says Batayneh. Plus, a cocktail that combines organic vodka with avocado's healthy fats and agave nectar's low-glycemic index sugars.

Celery is good for more than ants on a log. The vegetable contains myriad antioxidants, including phenolic acids, flavonols and phytosterols, which can decrease oxidative stress in blood vessels and prevent inflammatory reactions.

Plus, according to Batayneh, celery is packed with vitamins A, B, C and K and contains health-promoting nutrients including magnesium, potassium, calcium, manganese and folate. So sip on this refreshing cocktail from Tito's that also incorporates fresh lime juice.

Bitters might not sound like a great cocktail ingredient, but it comes with health benefits. (Image: Santy Gibson/Demand Media)

Extra servings of gentian (a bitter herb) and quinine (an alkaloid found naturally in cinchona-tree bark) are found in the angostura bitters in this drink, and they may reduce fever, curb pain and ease digestion. 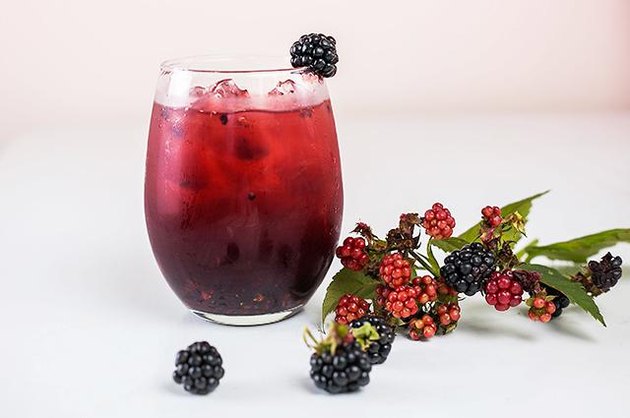 Sip on this cocktail if you're feeling a bit under the weather. (Image: Santy Gibson/Demand Media)

Under the weather? Lemon and honey are used in cough drops for good reason. Lemon (full of vitamin C and antibacterial properties) helps to fight infection as well as reduce inflammation in the body while contributing to health-helping hydration levels with the electrolytes calcium, magnesium, and potassium, Batayneh says. Even sweeter: Honey contains anti-bacterial, anti-viral and anti-fungal substances, as well as vitamins, minerals and enzymes that boost the body's immune system, she says.

There's a reason your mom gave you ginger ale when you had a stomach ache: Ginger stimulates the digestive system to curb digestive distress, says Batayneh. It's effective at easing constipation, gas, bloating, indigestion, nausea and vomiting, and can even prevent gastric ulcers caused by everything from common nonsteroidal anti-inflammatory drugs like aspirin to chronic stress — all without the side effects of many medications. Plus, it contains gingerols, compounds with strong anti-inflammatory compounds that may prevent cancer she says.

What's more, a 2012 study in the Annals of Neurology linked strawberries' flavonoids to keeping the mind sharp in old age. And, even though "soda" is an ingredient in this recipe, you don't need to worry! Club soda is just water with added minerals that has been carbonated. It doesn't contain any added sugars and is calorie-free. 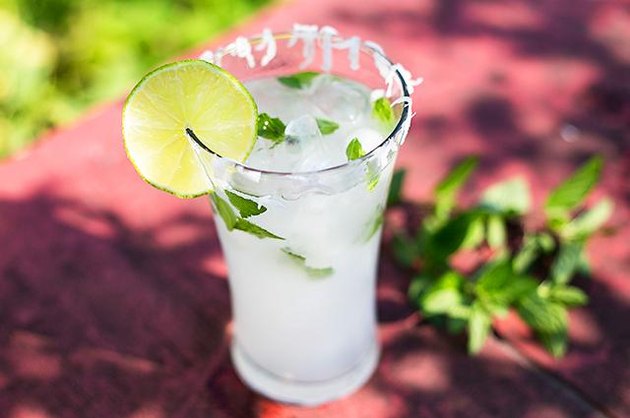 Did you know that a single serving of coconut water contains twice as much health-boosting potassium as a banana? The electrolyte plays a significant role in metabolism, water and chemical balance in the body. If that's not enough reason to celebrate, the mint in this drink promotes healthy digestion and is a natural stimulant. And its smell alone boosts brain function in the short-term and memory retention in the long-term, says Batayneh. 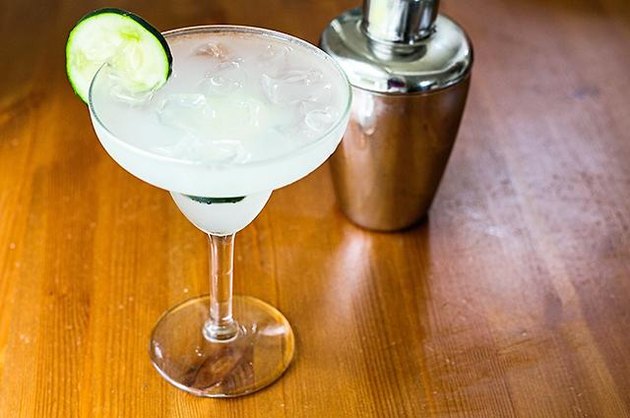 Good for more than just treating sunburns, aloe vera juice may also improve digestion, lower blood sugar levels, and reduce your cholesterol, says Batayneh. One 2009 study published in Phytomedicine even found that the goey stuff can even aid in the treatment of diabetes.

And, in case you've already forgotten, eight ounces of coconut water contains double the potassium found in a banana. The electrolyte can help prevent heart disease by lessening the effects of sodium on your cardiovascular system.

Research on bitters is limited, but herbalists believe aromatic bitters promote bile flow and stimulate the pancreas, promoting healthy digestion and reducing the risk of gallstones. Grapefruit and lime juice contain vitamin C, potassium, folate, magnesium, B vitamins, as well as numerous phytochemicals that may fight carcinogens, says Batayneh. When you also consider the health benefits of the honey, this cocktail becomes an immunity-boosting triple threat. 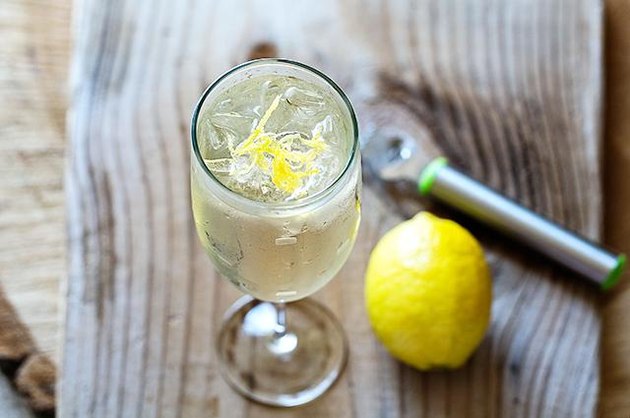 Red wine is renowned for its health benefits, including a lower risk of heart disease, diabetes and Alzheimer's disease. And the vermouth used in this cocktail is red wine steeped in wormwood. The concoction was traditionally used to calm irritated stomachs and is said to stimulate the flow of bile, says Batayneh. The absinthe in this super-strong cocktail is also made from wormwood, as well as fennel and anise.

A true superfood, raspberries contain a staggering number of antioxidant and anti-inflammatory phytonutrients that boost brain health and prevent chronic diseases such as diabetes and heart disease, says Batayneh.

But the true surprise is that raspberry ketones (the chemical compounds that give raspberries their enticing aroma) might speed metabolism to prevent obesity, according to research on mice published in Life Sciences in 2005. Add in the antioxidant-rich lemon juice, and this cocktail has even more to offer. 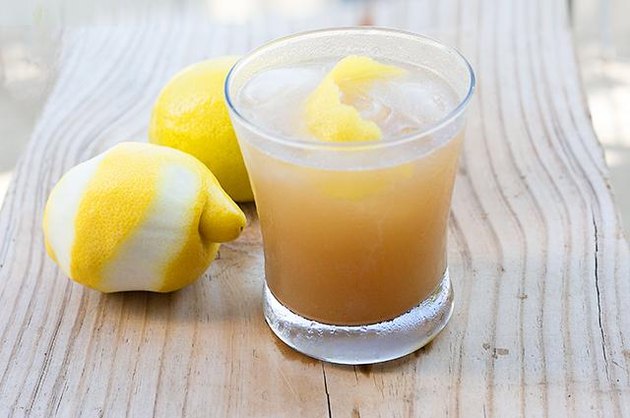 Quick mixology lesson: Orgeat syrup is made from almonds, rose or orange flower water and sugar. Making up about one-fifth of this entire cocktail, the almond syrup packs big benefits.

Besides filling you up to fight overeating all day long, the protein, fiber and healthy fats in almonds all play a role in reducing the risk of heart disease by reducing LDL (bad) cholesterol, according to Harvard Medical School. What's more, the nuts are rich in arginine, an amino acid that converts to nitric oxide in the body and helps blood vessels relax, says Batayneh. 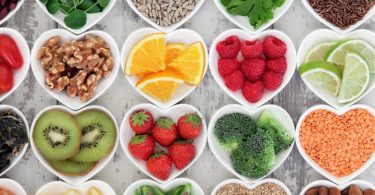 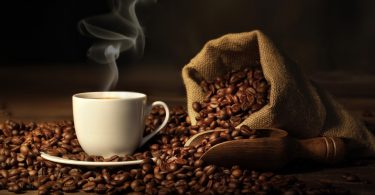 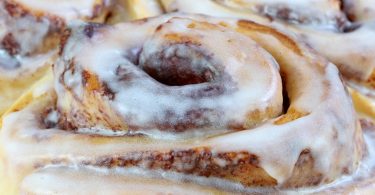